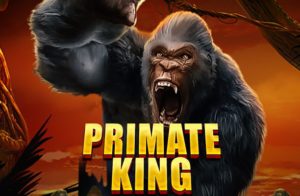 Primate King is a slot from Red Tiger Gaming, and it has a definite King Kong vibe. It’s a highly volatile game playable across all devices and suitable for beginners and high rollers. Primate King has 5 reels, 4 rows and 30 paylines with Wilds central to all the Jungle action and look out for special coin symbols which get overlaid on some standard symbols. Collect enough coins, and you get an extra sixth reel in play. Stakes range from 0.10 to 10 per spin, with a max win of 10000x your stake and an average RTP of 96.00%.

Primate King is a relatively straightforward slot game with gameplay revolving around Wilds, the mighty Gorilla logo. Certain symbols come with gold coins attached, and each time one of these symbols lands, the gold coin gets collected in a meter. Collect enough gold coins, and you trigger the Primate Wild Upgrade feature entitling you to a Wild Upgrade, of which there are three.

Next, we have the Progress Bar Feature. Once you have unlocked all three Upgrades, the Progress Bar Feature gets triggered. It turns into a sixth reel with higher value symbols and gives players a 6 of a kind wins. There is also a randomly triggered Primate Smash Feature when Primate wild land; however, no winning combination gets created. Instead, the Gorilla appears on the screen smashing all the lower value symbols removing them from the reels. Higher value symbols drop down to replace them with a new payout calculated.

Primate King is all about the Wilds that deliver decent wins, but the action happens during the Upgrades and the sixth reel. Multipliers are also the key to big wins, and when they work their magic, you could pocket a King win of 10000x your stake. 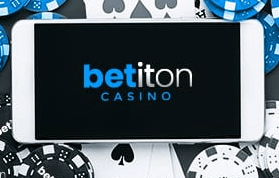